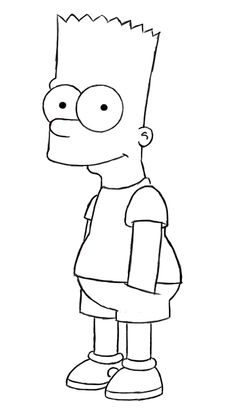 We are going to draw a beautiful drawing of our favorite yet funniest of all cartoon character known as abe Simpson in our favorite show THE SIMPSON. we are looking forward to give at least a couple of video tutorial step by step on Simpsons characters. Abe Simpson, we can call him grampa is one of the most hysterical character in THE SIMPSONS. we will perform a step by step easy video tutorial on how to draw Abe Simpson. this tutorial is made using simple techniques especially for kids and beginners.

How to Draw Abe Simpson:

If you are not familiar with grampa or abe Simpson, well here’s some history for you. Abe’s full name is Abraham Jedediah “Abe” Simpson II and he is a world war II veteran where he served as a master sergeant. He served mostly in Europe fighting mostly Germans. He had a lot of wives whom he divorced time to time. He is the father of Homer Simpson, and the grandfather of Bart, Lisa, and Maggie Simpson. He was selected as the grandpa for “The Perfect TV Family” by Entertainment Weekly.
If you are a fan of Simpsons, then abe must be your favorite or at least ‘on the list’ character whom you watch most in Simpsons. Many hit jokes on the drama are associated to abe’s and script writers to give him best of the lines in simpsons. He could be referred as the ‘best old man’ of the show.
After knowing so much about grampa, you must be excited enough to draw it on your own skills, so here is the only source for you on the world-wide web to fulfill your dreams. So, let’s go for the run. It’s too easy to draw him if you have made your mind. Consider drawing abe simpson’s photo for fun and you won’t find it difficult. I must quote Rene Descartes here for you. It says “Divide each difficulty into as many parts as is feasible and necessary to resolve it”.So we are applying the same formula for you by rolling out the things easily making step by step progress in our drawing tutorials.
In my views, it’s just another simple tutorial for you folks. If you have followed other preceding tutorials, this one may not cause you any harm at all. Come back tomorrow for another Simpson stuff or watch previous awesome tutorials right now right here.