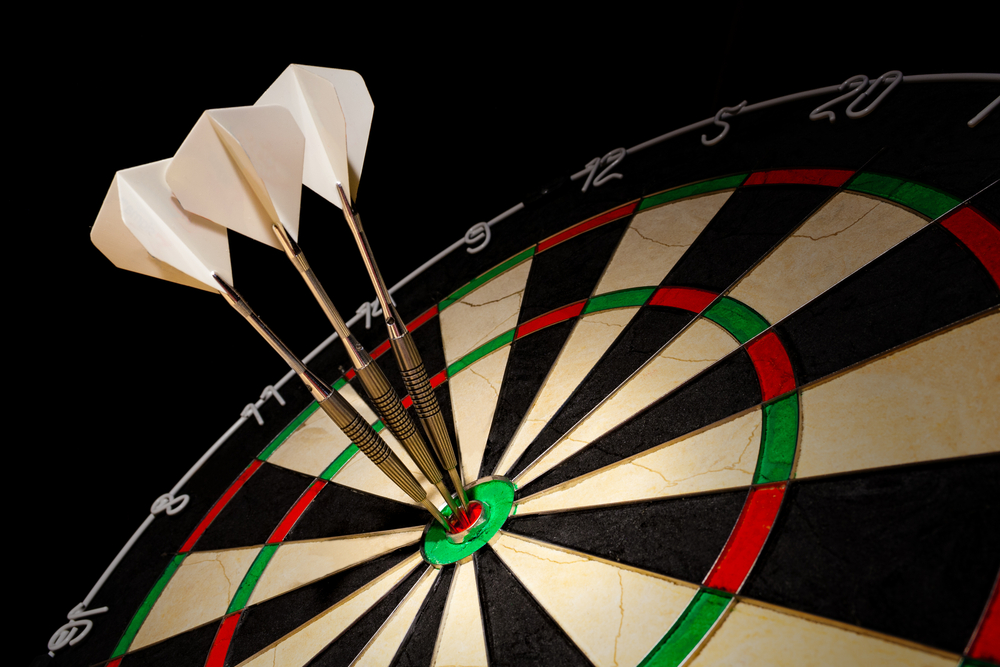 Playing darts is a great way to have a good time with friends or strangers. Dart throwing is a game of skill that can be played by anyone at any time, whether for fun or to win. Learn more about the target configuration, the technique of throwing darts and the different ways of playing.

Understanding the target and the point system

Know that all targets are the same. Each target is numbered from 1 to 20 out of order around the target. When you play darts, you throw one of the darts at the target and count your points as you go.

Note that the target is divided into different sections. Each section is associated with a number of points. If the dart lands in the outer red or green sections, the score obtained by the thrower is doubled.

Know what happens if the dart lands in an inner red or green section. If a dart lands in these sections, the points received by the launcher are tripled.

Note that the rest of the target is divided into 20 separate sections, each with a number of points. If the dart lands in the yellow or black section, the pitcher receives that number of points.

Adopt a stable position. Leaning forward or backward can be tempting, but it will cause you to lose stability.

Keep both feet firmly on the floor. You must indeed be in balance during the whole throw. Otherwise, you may be sending the dart in the wrong direction.

Adopt the right touch of the dart. Put the dart in the palm of your right hand and roll it over your fingers until you find its center of gravity. Put your thumb slightly behind the center of gravity while placing at least two but at best four fingers on the dart. Do what makes you most comfortable. Slightly point the tip of the dart up and move it back and forth as straight and evenly as possible. Any unnecessary movement during this phase will prevent the dart from flying straight.

Launch the dart straight in front of you with as much fluidity as possible. Do not throw too hard: it is both unnecessary and dangerous.

Note that the most common way to play darts is according to the rules of “01”. The goal of the game is simple. Each player must reduce their score to zero.

Determine the launch pad. The launch pad is the line behind which the players must stand when throwing. It must be 235 cm from the target.

Throw a dart each to find out who is starting. The person who rolls closest to the center rolls first.

Each player throws three darts, then passes their turn. The number of points obtained by the player is then subtracted from his starting score.

When players start to approach 0 points, everyone should be careful to only touch the necessary sections. Victory depends on it. To win, you must indeed finish at exactly zero. In addition, the score that brings you down to zero points must be double.

Set up a professional board to chalk near the target. In order, list the numbers from 15 to 20 so you can mark it when a player has hit it three times or has eliminated a number.

Note that when you eliminate a number that has not been eliminated by your opponent and you still mark this number, you receive the number of points indicated. For example, you eliminated the 16th, but your opponent did not. You throw a dart in the 16 and therefore get 16 points.