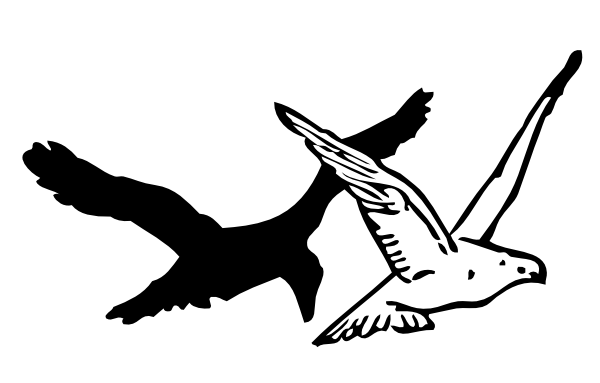 In this beginner level video tutorial you are going to learn step wise drawing of a crow that will look like flying in air. This sketch will be like realistic bird waving up in air. This is very easy to draw on a paper. Just be careful at pencil gripping.

We know we all hate that creepy little crow with his ugly voice and is black filthy color too, always finding a way to guano on us with a perfect timing when we are just below the tree, he drops his bomb like a jet fighter with a very accurate technique. Apart from those creepy vocal sounds, drawing a creature is an art no matter how small it is and how creepy it may seem to us. You must follow along our guidelines on how to draw a flying crow with his feathers fully stretched in the sky flapping his wings creating a whipping sound in a step by step and easy video tutorial for kids and beginners.

How to draw fish in water

How to draw a feather easy steps

Crows are birds close to the eagle family but they sound somewhat different sometimes totally opposite to those birds. They can eat anything from bread pieces to any kind of vegetables and meat too. Everything goes straight up to their stomachs and thank you, they are digested too without any kind of difficulty. They are no way near to intelligent birds list and a crow collecting pebbles kind of stories are totally fabricated, they are as dumb as most of birds are, so their living among people in towns, cities made them sluggish enough to rely on dumped food and remains of food. Their wild type too exist and are way much bigger than the town crows but they have some special skills to hunt down their prey and find one by putting some hard work, not just sitting around on some electric pole in some alley waiting for citizens to throw some remains so they can feed themselves.

How to draw a crow flying steps

Crows are huge in number and inhabit in every part of the world and thanks to us, they are not listed in threatened species. Check out the video below and tell us what you liked most in this video tutorial.

How to draw a daisy flower

Share this video on Facebook and other social sites and don’t forget to bookmark our site for daily lesson updates. Visit daily for more of it.removed 1