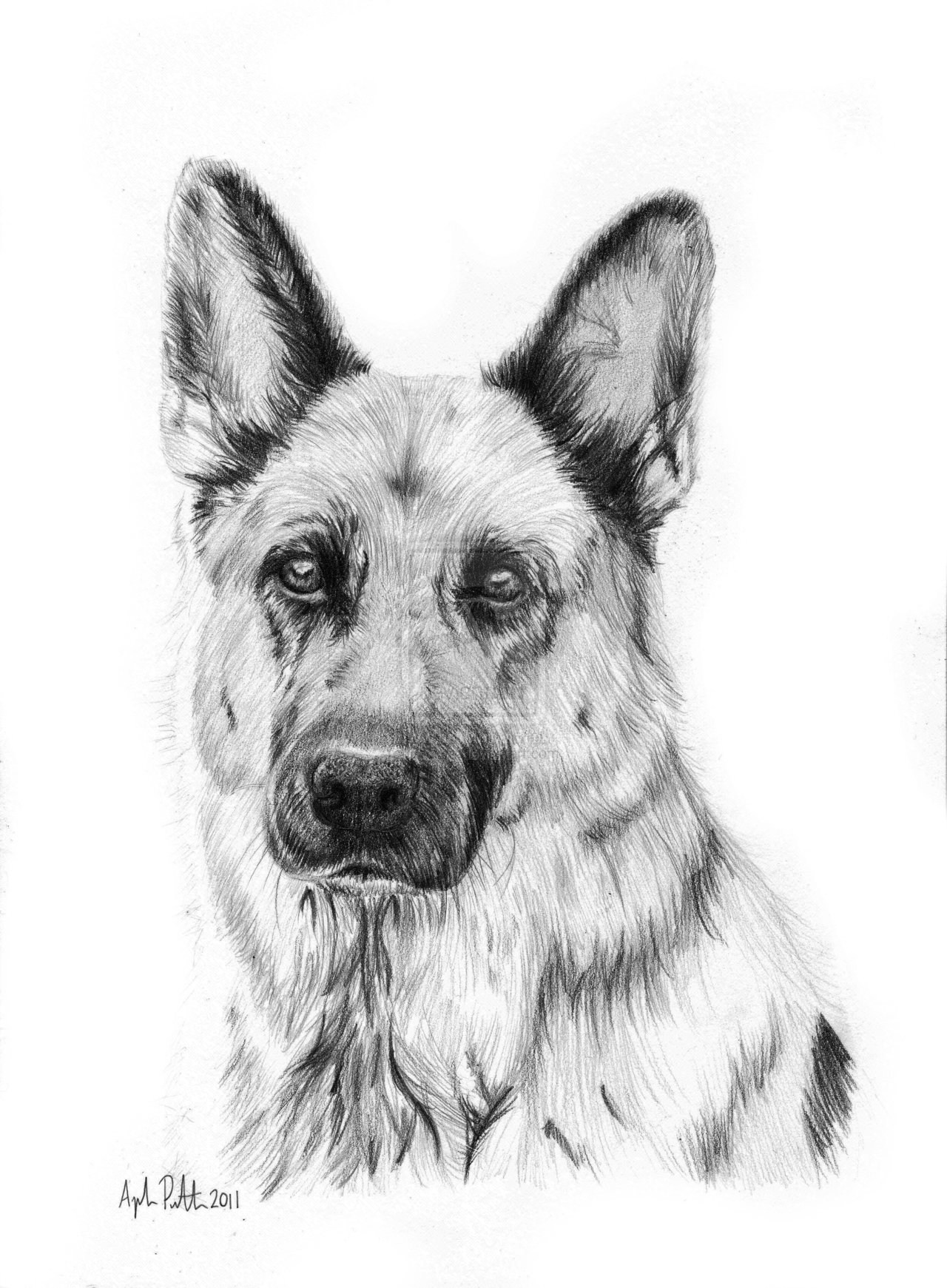 Learn how to draw a German shepherd puppy dog step by step easy for beginners. This video tutorial can easily be followed and you can sketch like a pro.

German shepherd is a famous breed of dog, mostly in United states of america and united kingdom. they are the second most popular dogs in USA and 4th most popular in united kingdom. we are going to tell you how to draw a beautiful german shepherd dog head or we can say GSD head in a step by step method for beginners. this video tutorial is made exclusively for beginners and kids and is meant to be made as simple as it could be made by us for your ease.

german shepherd is relatively a new breed of dogs as compared to others and is german based breed. these dogs were firstly used for herding sheep but due to its faithfulness, human friendly nature, intelligence as well as immense power, they were used for many purposes such as police and military role, rescue as well as in acting. they are good actors too and have many jobs in Hollywood too. they have a black nose, brownish intelligent eyes and a domed forehead. they have extremely strong jaws with sharp teeth and their jaws can hold anything from a small fish to even a tiger.

how to draw a German shepherd puppy easy steps:

when it comes to intelligence, they were named as the third most intelligent dog breeds in the world falling behind Border Collies and Poodles. they average learned the most of the tasks on 5th attempt according to the book ‘The Intelligence of Dogs’ by author Stanley Coren. german shepherds are mostly raised as pets by people all around the world. it is because of their peaceful nature and immense strength.
if you too have german shepherd as a pet in your house, then its your golden chance to draw a sketch of your dog by watching this video tutorial now. watch the video below and let us know about this video.
VIDEO
share this video with your friends on Facebook and google plus and stay tuned for more treats by rockdraw.com and don’t forget to give your valuable suggestions.removed 1